Apple vs Samsung Who Really Won and Lost?

The court’s decision finding Samsung infringement of Apple utility, design patents for some products has shaken the technology industry. The nearly $1.05 billion was one of the largest awards for product infringement cases to date. The question is who really won and who really lost?

The fact that Apple’s product designs’ were similar to Samsung’ product may not be the biggest issue in this decision. Apple at its core is not about product invention. I would think that everyone knows by now that Apple did not invent the products that it markets, like the micro computer, digital player or smart phone. They were all products that were currently available when Apple produced their own versions.

Apple’s true business is the “usability” of products. Apple has created a trumendous market leveraging usability innovation of technology products. Apple started by developing and producing a computer that “all of us” could use. Apple’s most successful products are when Apple focuses on every aspect of usability. In Apple’s early years there was a cultural force that drove product design. That cultural force is all products should be like an appliance - very easy to use. So the idea behind Apple is to develop very usable technology products and build to a market that desires “high end usability” for a premium.

With the court’s decision, Apple’s products are now connected to the level of Samsungs’ products. Samsung has never been seen as a first line technology product innovator. Samsung is most known for lagging behind and developing similar cost effective technology products. With the court’s decision Apple and Samsung product designs were effectively connected at the same level. Samsung products were elevated to the stature of Apple’s design and innovation while Apple products were lowered to the level of Samsungs.

Was this connection good for Apple? Maybe not for the long term, but one thing is sure is that Apple needs to understand and keep with its business model. Continuing to focus on design patent infringements is not what Apple is all about. For Apple to continue to divert itself from furthering design usability means Apple is losing ground with its customers, market identification and business model.

Why Some Companies Fail, While Other Companies Succeed

Many Financial Firms Are Failing With An Old Core Business Model

Save Your Start Up

Monopolies Are Worse Than We Thought – Yes, But What a Great Opportunity

Do The Right Thing In Business Improvement - Review

Professional Endorsement - Do The Right Thing

The Insurance Business Renaissance Is On

Digital Healthcare Startups - Stick to Your Core Not an Approach

“The Internet Of…” Requires A Communication & Technology Upgrade

Why Some Companies Fail, While Other Companies Succeed

Tesla vs Toyota - The Real Test

Many Financial Firms Are Failing With An Old Core Business Model

Save Your Start Up 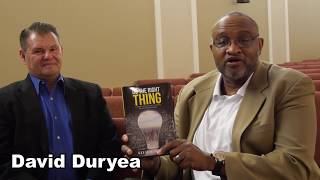